Skip to content
Home/Topic/Relationships/Love Triangles—How we approach relationships and sex based on the Hornevian triads.

Love Triangles—How we approach relationships and sex based on the Hornevian triads.

Sex – it can carry us on wings of pure sensual pleasure, or crush and humiliate us. It can take us from the sacred sublime to the darkest, most depraved aspects of humanity. Sex presents paradox: pleasure/pain, love/hate, gentleness/brutality, spiritual transcendence/primal urge, unconditional giving/self-gratification, playful fun/serious offence . . . Only the essential survival needs of shelter, food, and water create as much desire in the human experience. Yet from the moment prehistoric woman first turned to face her male lover, sex changed from being a random, brief and instinctual encounter to something more intense and pleasurable.

From Sex and the Enneagram – A Guide to Passionate Relationships for the Nine Personality Types),

I was listening to the wedding vows of a young man to his bride. After the usual “to have and to hold” section, he added, “I promise to be present in our relationship.” I felt that was such a beautiful commitment to make. Because truly showing up for each other takes courage, compassion, commitment and self-reflection. Relationships and sex can be a rocky road. (Or is it just me?)

For many of us our emotional wounding lies in the sexual arena. Yet what has caused profound pain is potentially the path to healing. An understanding of the Enneagrams can help us reclaim our innate sexual health and guide us on this path. Consequently, combining the Enneagram with our sexuality is an often neglected, but important exploration.

When writing Sex and the Enneagram  I used German psychoanalyst Karen Horney’s Hornevian Triads to describe our approaches to sex.

Because words such as “submissive1” or “compliant” when used in a sexual context could be misleading, for the purposes of the book, I renamed these groupings to the Advancing Group, the Conditional Group, and the Retreating Group.

Each of the three Types in each triad share a behavior, but they do so for different reasons.

This group actively pursue who they want or what they desire sexually. They see themselves as the focus or the center of attention in relationships, drawing others to them with their ability to dominate, charm and entertain. But they display this in different ways according to their Enneagram Type.

While Threes dangle their tantalizing successes for all to admire to attract a mate, Sevens woo would be lovers with their upbeat wit, sense of adventure and charismatic charm. Eights demand to get their lusty needs met through the sheer strength of their presence, attempting to dominate and control a would-be partner.

Threes can become so focused on their performance that they lose connection with being present. “Look, I orgasmed three times, wasn’t I great?” The desire for achievement can lead to inauthenticity in less integrated Threes. For example, faking orgasms or inventing sexual conquests. The way for Threes to heal, would mean learning to value their own inner worth, rather than their ability to perform sexually or otherwise. Sex then is not another opportunity for succeeding (doing), but rather a chance for truly revealing themselves in being.

Sevens would need to focus on the joy of the sex happening now, rather than projecting themselves into a future event, such as planning a more exciting future sexual encounter or thinking about the answer to an email.

Type Eights need to understand that the sheer force of their presence can have others feeling dominated and as a result, wanting to retreat. Advancing towards a retreating lover causes huge frustration for fiery Eights, but as they find the courage to reveal the softer more vulnerable side of themselves, the partner’s desire to move away lessens.

The Conditional Group (Types One, Two and Six)

This group moves towards others believing sex must be earned—that sex is conditional to certain behavior. For a Type One, the condition could take the form of needing to be a “good” boy or girl, such as being a diligent provider. For a Type Two, making sure that a partner’s actual and perceived sexual needs are met, or for a Six, simply being loyal, trustworthy and responsible in the relationship.

For a Type One healing involves acceptance (not sweating the small stuff) and realizing that perfection is not something that needs to be attained. So, a perceived judgement that something wasn’t “right”, such as your undies left lying on the floor, would not distract from the enjoyment of sex.

Learning to acknowledge they have their own sexual needs, (sometimes Twos can pridefully believe they have no needs), and to receive rather than give love, is helpful for Twos.

Sixes benefit from learning to trust themselves and others and so as not fear what could go wrong during sex, such as premature ejaculation or a condom breaking. The more their anxiety increases, the greater the chance that their sexual enjoyment will be compromised. The more they trust in themselves the more their anxiety lessens and then they can truly be compassionate, present lovers.

These three Types move away from others and disengage (retreat) hoping to fulfill their sexual needs. This sounds contradictory, because sex is about coming together, but for a Type Four, in “hiding,” (by being mysterious and exotic), comes the hope that a lover will move towards them to “find” them.

Fives, retreat because they fear a partner could become demanding and too reliant on them, yet their sex drive pushes them into engagement. When it all becomes too much, they often retreat to another country or a project.

Nines can withdraw by being dis-engaged, hoping that their lack of taking a stand (causing conflict) and merging with a lover’s needs will create greater harmony and consequently a pleasing relationship.

If Fours become aware of the push/pull nature of their romantic liaisons they can work to remain present. They can also focus on appreciating what is good in their relationship, rather than feeling something is missing.

For Fives, if they could move from their being in their heads and over-thinking sex, to connecting with their hearts and bodies, they would find more intimate sexual expression.

If Nines experienced their sexual needs as being equal (rather than less) important and merged with themselves, rather than a partner, they would enjoy greater sexual presence.

Your Task is not to seek for love, but merely to seek and find all the barriers within yourself that you have built against it.

Through being aware of these “love triangles,” we can move to become more fully awake and present in our love lives. With gentleness, compassion and kindness we can agree to help each other become aware when we are moving to less integrated relating habits or ego-fixated habits and, like the young man at his wedding, reaffirm to ourselves to truly show up in love both for ourselves and our partner.

For more about the Enneagram or your type: www.enneagrams9paths.com 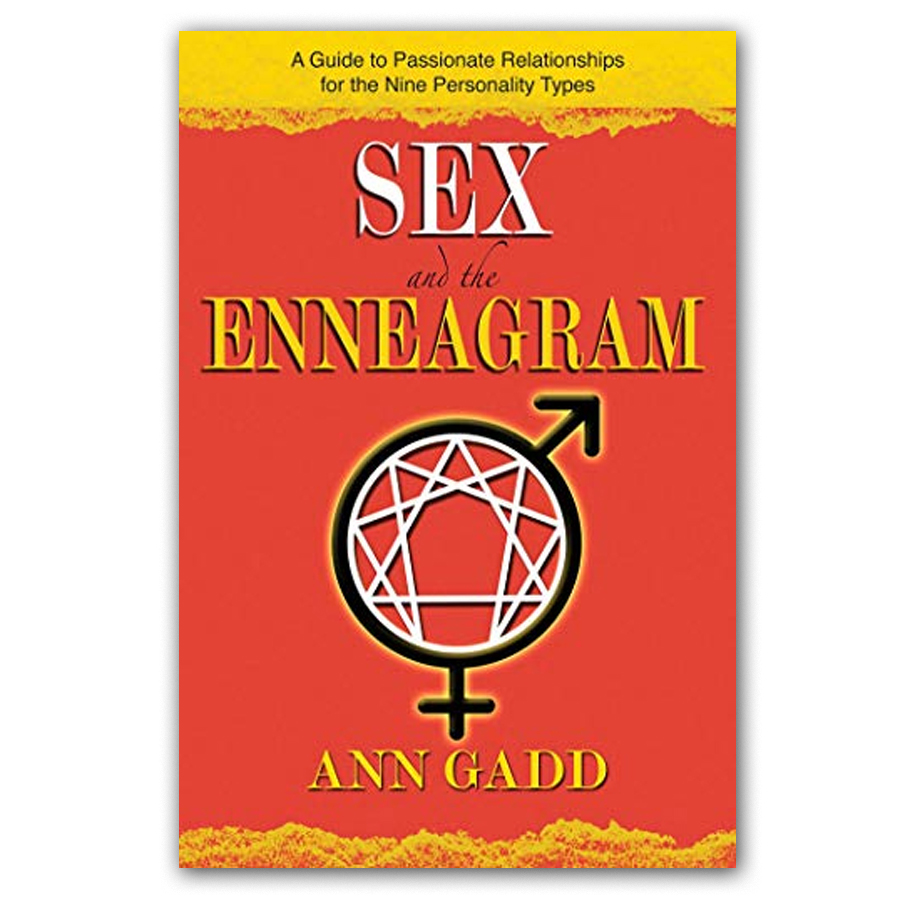